Back in the day, travel photos were still images shown in an album or on slides. The adventurous would bring their 8mm film cameras along to display everything in silent black & white or color. Eventually, video cameras came along to give us both picture and sound.

Today, those cameras are built into our smart devices, which have far more power and clarity. In only a few steps, footage taken on vacation can be downloaded onto a personal website or a YouTube page. The response to these images depends on how well they’re shot and compiled.

Raw video can show the majesty of a location. However, it can also reveal camera problems or unsavory talk of the operator. To turn travel footage into amazing videos you need to make some tweaks. Here are 5 tips to make it happen.

1. Plan Ahead & Be Spontaneous

Those in the know understand their travel plans can change without notice. They also understand that they still need to plan ahead to record some great footage. In the end, be prepared for the unexpected.

As an example, a traveler on a boat tour might expect to see dolphins. While on the ocean a pod of whales can also appear out of nowhere. Travelers have to be ready to shift from one perspective to the other. 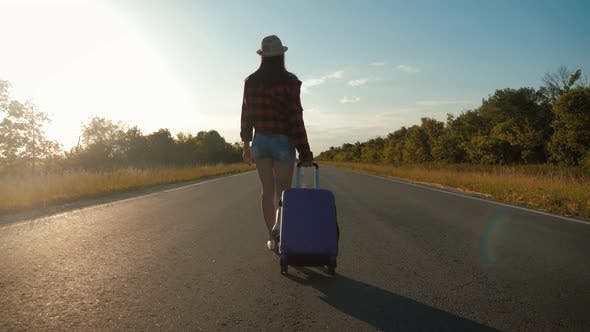 Watching a high-definition video of the Grand Canyon can make someone feel like they’re there. Yet, it’s probably the same shot that everyone else has taken for decades. You want your video to have something different.

This means taking shots with multiple angles. If you can’t get this from the main location, then consider moving to get a different perspective. Using the Grand Canyon as an example, take the tour bus or hike to one of the other observation points. Remember, you want to give viewers a panoramic view of the area.

3. Determine What You Want To Convey To The Viewer

Travel videos are more than natural wonders and tall skyscrapers. It’s also the surrounding vistas and the people who live and work in those areas. This is something you might want to consider when shooting your footage. Do you want it to be a tourist video or a travel video?

If the latter, then determine the angle you want to use. For example, if you take a journey across Route 66, you may want to add footage of businesses that still thrive along that highway. This adds another layer of flavor to the video.

To maintain a viewer’s attention you may need to speed up the footage in certain areas. Not like in those travel films of the early 20th century. Instead, you want to naturally speed up a video online.

By using a company like Invideo, you can slightly increase the speed so the slow parts move a bit quicker. You don’t want it to go too fast, as that distracts viewers. Instead, you want it done incrementally to keep viewers entertained.

Though you want to record your travel footage on a high-definition camera, you don’t want to upload it to your site that way. A 30-minute video can take up to 11 GB of space. This might overstep the limits of your website or even video hubs like YouTube.

Once you’ve completed your edits, look into data compression. Most editing applications should allow you to reduce the size of the video. In fact, they might have specifications for various video sites. You have to click the one you need, and the program does the rest.

Overall, planning is needed to turn travel footage into amazing footage. Yes, things might not go as planned. Yet, that’s the best thing about travel anyway — the unexpected. The more surprises you can add to your video the more exciting it will be.

In turn, your video may become a viral sensation via word-of-mouth and sharing. Always go with that scenario. Trim the rough edges from your footage. Also, take your time to properly mix the angles to avoid jump cuts. It’s these small things that make your video amazing and beyond.