For a UAE holiday, Abu Dhabi is one of the most sought-after destinations for globetrotters. Next to Dubai, Abu Dhabi has captured the world’s attention with its overzealous attractions and cultural sightseeings. However, to reach this pioneering position, Abu Dhabi has gone through an interesting journey in its Bedouin era and emerged as a successful and eminent tourist destination in the world.

Before Abu Dhabi became the cultural and commercial hub of UAE, it saw tremendous changes in history. Its journey through time started with the earliest settlement of the Bedouin tribes of Banu Yas. In the 18th century, these tribes found that the coastlines of Abu Dhabi are reliable for trading and township settlements. During this time the name Abu Dhabi was conceived which paid a tribute to its desert wildlife – Abu Dhabi translates into ‘Father of the Gazelle’. The city flourished and expanded as a fishing and pearl trade township but got intertwined in border disputes with Oman during the 19th century.

In the year 1983, its ruler Sheikh Zayed bin Mohammed al-Nahyan signed truce deals and peace agreements with the British and made Abu Dhabi a Trucial State of the British Empire. It became a Trucial power during the British era and its position became more dominant with the discovery of oil in the 1950s. This incident changed the course of history for Abu Dhabi. When the British withdrew its authority from the Middle East, Abu Dhabi already held a powerful position in terms of economy and was made the capital of the newly formed United Arab Emirates.

Today, Abu Dhabi relies on crude-oil production which is the main source of revenue for the emirate. It has one of the world’s highest per capita incomes and with the increase in the tourist influx, these funds were diverted to focus on developing culturally influenced places as well as attractions fusing contemporary elements. Presently, Abu Dhabi has attractions that are the first of its kind in the Middle East. The future looks amazing for tourism as Abu Dhabi has lined up many more innovative attractions yet to be unveiled for its visitors.

Today, Abu Dhabi has found a place on the world map with its amazing collection of tourist attractions. Some of these following experiences are definite must-visit points of interest for any Abu Dhabi visitor.

The first-ever Ferrari-themed amusement park in the world chose Abu Dhabi as its home-destination. Pioneering in world-class automobiles, the brand Ferrari needs no introduction and is an instant crowd puller. 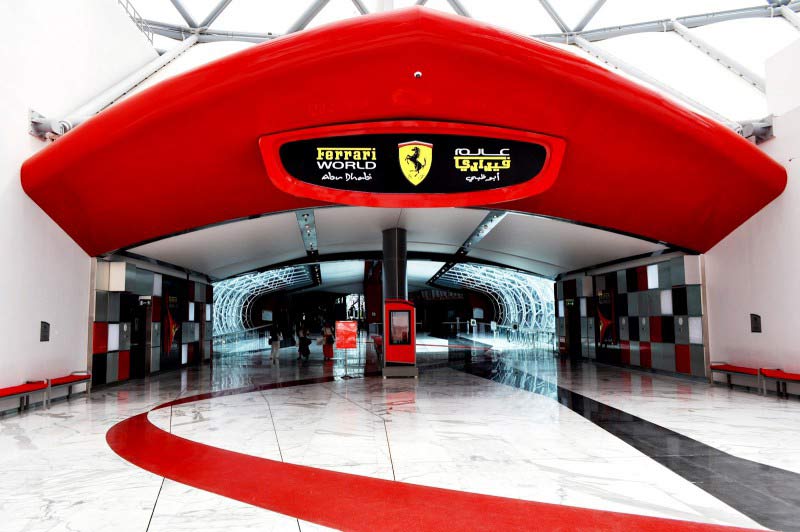 The first Louvre Museum outside France made Abu Dhabi its abode and threw open its doors to welcome guests on 8 November 2017. Envisaging a museum city at the sea, the Louvre museum’s architecture is meticulously designed by world-renowned architect Jean Nouvelcreatingthis a unique illusion. 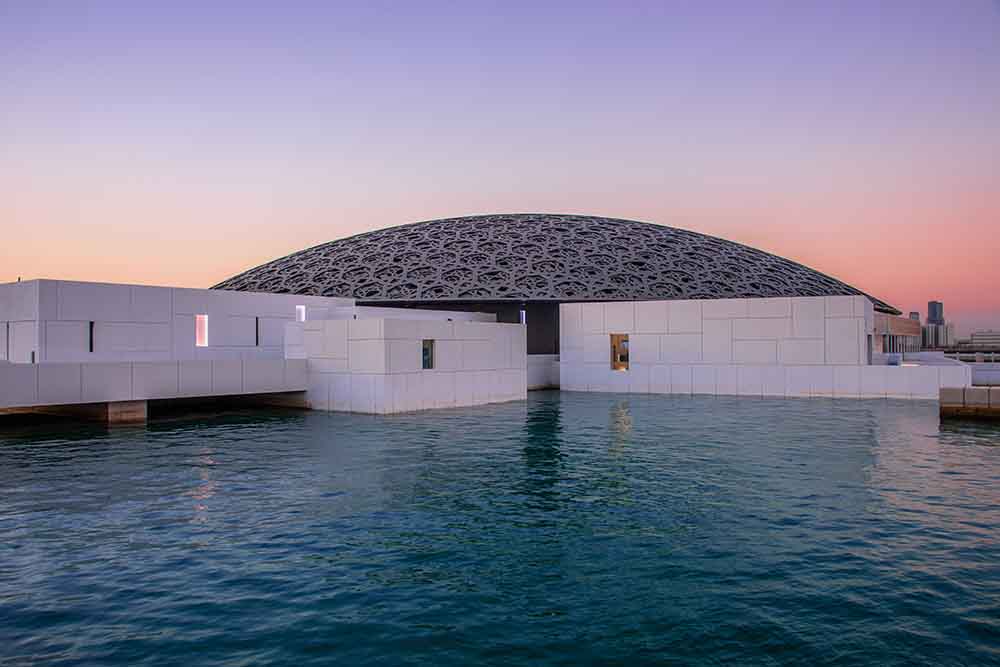 Located at Saadiyat Island Cultural District overlooking the Persian Gulf, this sprawling art museum will take your breath away with its glistening exteriors and contemporary flair. The main canopy made of mesh-like structures plays with light and shadow giving a feel of sun rays streaming through a cluster of trees. Inside the largest art museum of the Middle East, a fusion of western and eastern art influences keeps you enticed. 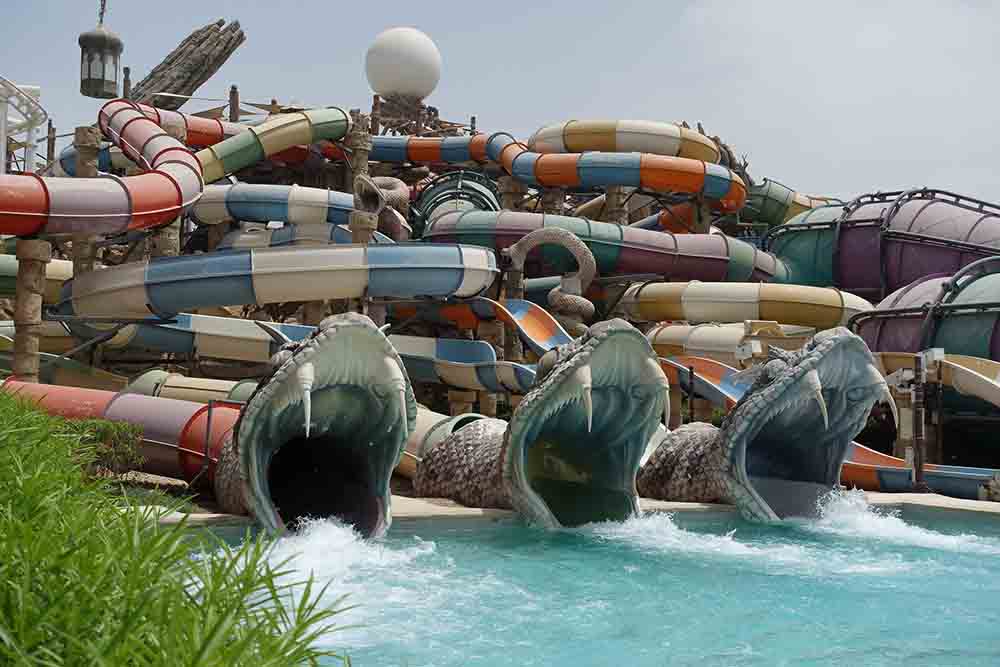 Need a break from the stifling heat? Make Yas Water World your next stop on your Abu Dhabi holiday. Cool off and chill out in this sprawling water theme park at Yas Island which is one of the finest in the UAE. A colossal water park with over 40 exciting water rides and slides, it is a perfect place to spend some quality time while having fun splashing, sliding, and plunging into cool waters. 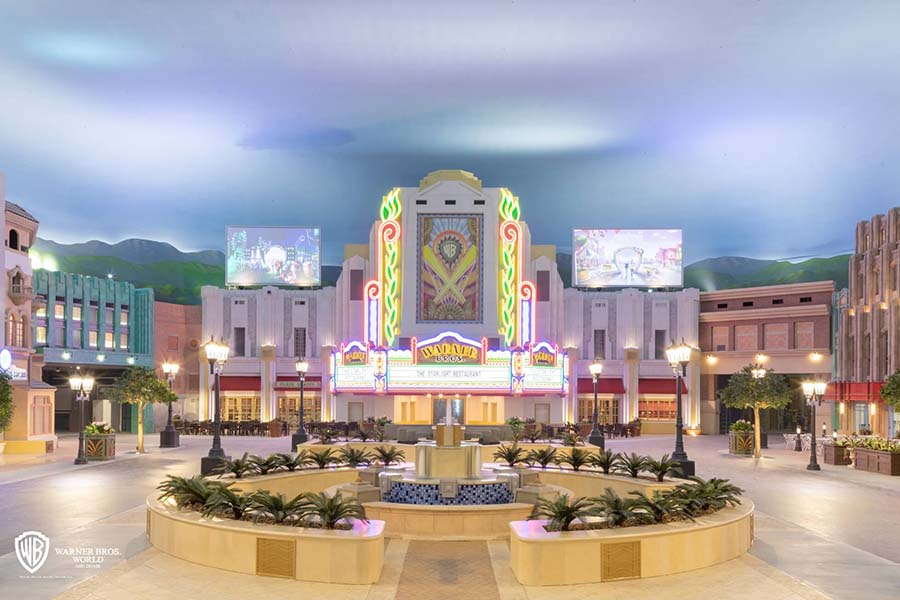 Not a dull moment in sight at this wondrous theme park. Teeming with cartoons, movie characters and comic heroes, the first-ever Warner Bros theme park in the Middle East offers a myriad of rides that fuses famous themes or characters of Warner Bros. movies. At Yas Island, Warner Bros. World Abu Dhabi is one of the fun things to do in Abu Dhabi for family holidaymakers or a group of friends. Venture out to six impressive themed lands where you can spend an entire day shrieking delightfully in high-speed rides and meeting your favorite Warner Bros. characters right from Batman and JusticeLeague heroes to Bugs Bunny. You will never get tired of all the fun activities and attractions at this amazing theme park.

Sheikh Zayed Grand Mosque is the ultimate cultural landmark of Abu Dhabi- A sight not to be missed on an Abu Dhabi tour. Ornated in gold and pristine white marbles, the sheer beauty of this man-made marvel will leave you in awe. The mosque seamlessly blends various architectural styles of Mughal, Persian and Egyptian nature and stands majestically with 82 domes and 4 minarets dominating the skyline. The largest mosque in the UAE is a grand sight to witness and will be one of the most memorable highlights of your Abu Dhabi trip.

Kids would love this Abu Dhabi attraction. For a fun family day out, head to Emirates Park Zoo which has a stunning collection of over 1700 animals, birds and reptiles. Get close encounters with white tigers, cheetahs, Siberian bears and watch the delightful sights of peacocks, eagles and hawks. Located at Al Bahia, this wildlife attraction also has walking trails, petting zoos and meals with wildlife experiences that add a thrill of interacting with wildlife for grownups and kids alike.

About the author:  Monica Singh

Monica Singh is a freelance travel writer by profession. She is particularly fond of traveling and loves to jot down her experiences and cultural diversities of different countries.